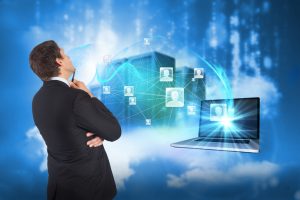 All good things must end, and PC operating systems are no exception. One of the most popular versions in Microsoft’s history for consumers, Windows 7, is calling it quits after almost 10 years in service.

Released to the general public on Oct 22nd, 2009, Windows 7 would sell 100 million copies worldwide in just six months. Until the final cutoff date of Jan 14th, 2020, Windows 7 PCs are relatively safe to use. Even after the cutoff date, these PCs will still function, but will become ripe targets for bad actors spreading malware and viruses, as Microsoft will be ending all security updates and patching for all iterations of Windows 7. It won’t be long before Windows 7 machines are wide open to potential attacks, and they will stay that way. Put simply, after January 2020, criminals can constantly hit your organization with phishing emails and malware and all it would take to shut down your entire network, and potentially your entire business, is one person in your company on Windows 7 to click on a wrong email or link.

Also announced was the end of life for Windows Server 2008, which runs the backbone of many businesses around the globe. Windows Server OS makes up about 70% of all server installations, and Server 2008 is roughly 40% of those. A huge drawback to sticking with hardware and going to Server 2016 or 2019 (since they have the longest support cycle currently), is that this requires a double migration: from 2008 to 2012, then from 2012 on to 2016 or 2019. That’s a lot of man hours, and a lot of places for data to get lost. Since the effort to migrate an existing, aging-in-place server to a brand new, also aging-in-place server is almost identical to moving on premise hardware to totally cloud hosted servers, many organizations are making the leap to the Cloud now, to take advantage of the forced change, and breaking the cycle of hardware dependency, to ensure their companies don’t revisit this issue every 6 to 7 years at the earliest.

Of course, we human beings are heavily resistant to change. However, it is unavoidable. In this case, software and hardware will move on towards the future, with or without our input and adaptation. As of this writing, there are only 4 months left to prepare, so time is of the essence. If you have any questions at all regarding the Windows 7 and Server 2008 end of life, reach out to SOS today.